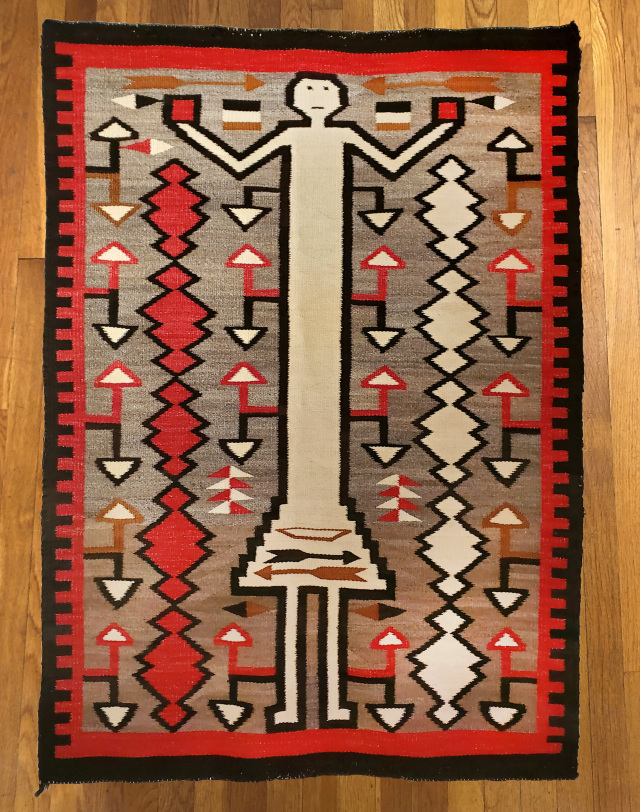 This is a quite rare and unusual pictorial piece depicting Changing Woman, the mythological mother of the Navajo people. We found that in Navajo mythology, Changing Woman was a goddess of change, particularly the maturation of women. She endlessly grows from a young maiden to an adult woman to an old crone as the day and seasons cyclically progress without dying. Grows old in the winter and Young in the Spring. She was raised by First Man and First Woman after they saw a black cloud on a mountain for four days, and upon investigating it discovered the infant Changing Woman, who grew from infant to adult woman in eighteen days. Later Changing Woman gave birth to the Hero Twin warrior gods who slew the monsters who were killing the Dine.